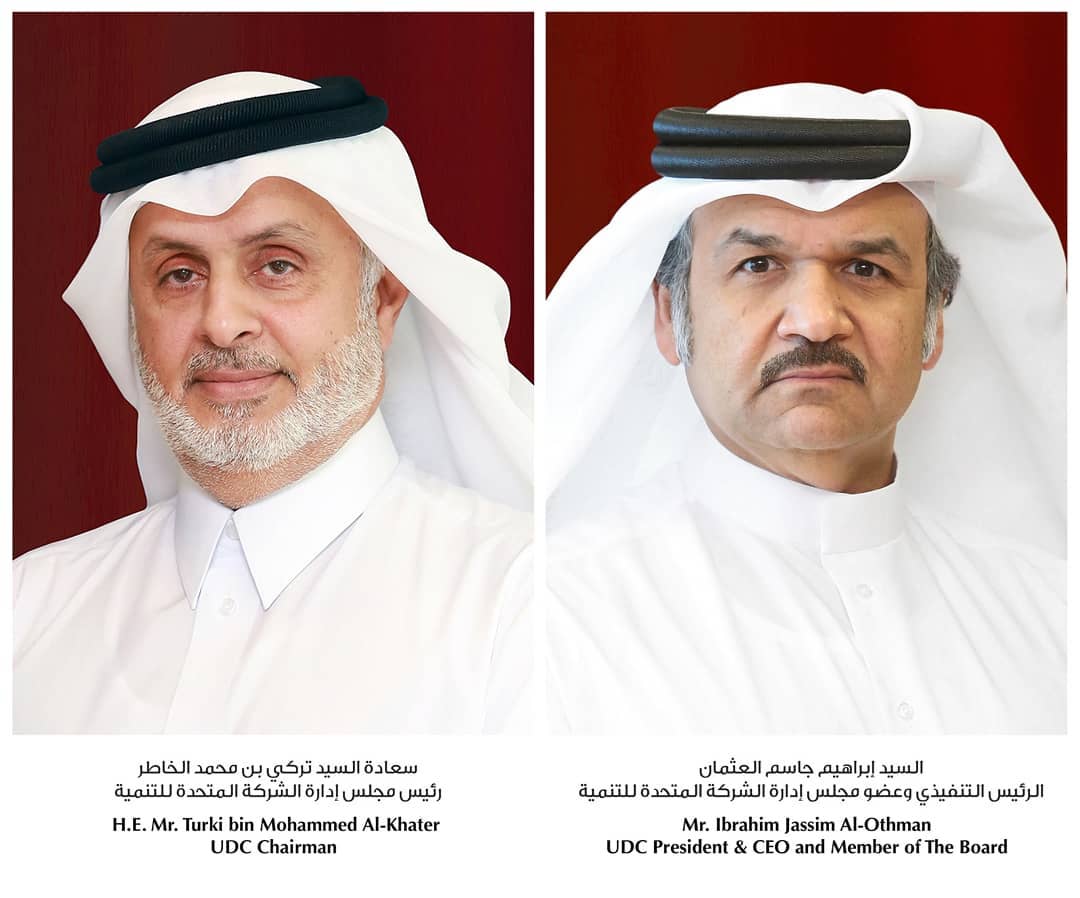 
Al-Khater: “UDC managed to build on its stable financial results in the first half of 2019 and is actively pursuing development projects across The Pearl-Qatar and Gewan Island”.


Al-Khater: “UDC will further bolster the island’s position as an attractive destination for families and business professionals alike”.


Al-Othman: “UDC is committed to pursue its development activities, mainly evidenced by the development of Gewan Island project with an investment value of approximately QR 3 billion”.


Al-Othman: “The occupancy rates in the first half of 2019 remained steady compared to the same period in 2018”.


United Development Company (UDC), a leading Qatari public shareholding company and the master developer of The Pearl-Qatar and Gewan Islands announced its financial results for the first half of 2019, reporting net profit of QR 238 million over revenues of QR 912 million. The net profit attributable to the equity shareholders was QR 225 million and basic earnings per share was QR 0.063.


H.E. Mr. Turki bin Mohammed Al-Khater, UDC Chairman said: “UDC managed to build on its stable financial results in the first half of 2019 and is actively pursuing development projects across The Pearl-Qatar and Gewan Island”.


H.E. Mr. Al-Khater stated: “With the launch of the sale of 10 tower land plots in Floresta Gardens and the fourth sales phase of Al Mutahidah Towers, UDC is well positioned to sustain its positive results, as we gear up to launch the construction works for United School International and the Floresta Gardens and Giardino Village gated residential compounds”.


H.E. Mr. Al-Khater continued by saying: “Through offerings that serve the community needs of The Pearl-Qatar, UDC will further bolster the island’s position as an attractive destination for families and business professionals alike. In this regard, UDC has named “Orbital Education”, a leading British educational group and the recipient of several international awards, as the operator of “United School International” in Giardino Village precinct and tasked “Al Darwish Engineering Company” to undertake the construction works for the development of the School, in addition to awarding “Ramaco Trading & Contracting Company” the design and construction works of Floresta Gardens Gated Compound”.


H.E. Mr. Al-Khater concluded: “Our excellent customer service and rich portfolio of projects across The Pearl-Qatar will attract new investors to the Island and enable UDC to sustain its diversified revenue stream”. 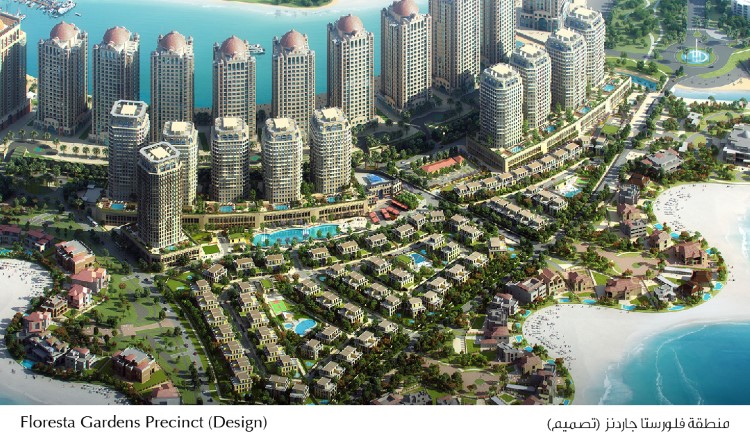 For his part, Mr. Ibrahim Jassim Al-Othman, UDC President and Chief Executive Officer and Member of The Board said: “UDC is committed to pursue its development activities mainly evidenced by the development of Gewan Island project with an investment value of approximately QR 3 billion. According to the development plans, the award of the marine works to “UrbaCon Trading & Contracting Company” and “Promar Marine Contracting Company” and securing the financing arrangement with “Qatar National Bank” and “The Commercial Bank” for the development of Gewan Island, with a credit ceiling of QR 1,250 billion, have been concluded”.


Mr. Al-Othman further added: “The first half of 2019 marked the achievement of several milestones for UDC, both in terms of sales and leasing. UDC’s success in positioning The Pearl-Qatar as an attractive destination for those seeking a lively community to live, work, and do business was again evident in 2019”.


Mr. Al-Othman continued: “Our business model has proved its success during challenging times in the regional real estate sector. The residential leasing occupancy rates at The Pearl-Qatar remained steady in the first half of 2019 compared to the same period in 2018”.


Mr. Al-Othman added: “UDC added two prestigious accolades to its list of honors at the “Arabian Property Awards 2019-2020”. These include the ‘Best Mixed-Use Development Award’ for The Pearl-Qatar and the ‘Commercial High-Rise Development Award’ for UDC Tower. In this context, UDC will pursue its efforts to enhance The Pearl-Qatar’s position as a local and regional business and tourism destination that features annual events and festivals and a growing number of retail outlets and brands”.


Mr. Al-Othman further added: “UDC continued to provide the necessary public services to the Island’s residents and visitors, ratifying a new Memorandum of Understanding in June, 2019 with the Ministry of Interior to promote, ensure and provide traffic and road safety measurements and traffic services across The Pearl-Qatar”.


Mr. Al-Othman concluded his statement saying: “We look forward to a promising future, as we continue to invest in the development of sustainable projects that will reward the shareholders over the long term”.


UDC, the master developer of The Pearl-Qatar and Gewan Islands, is a leading Qatari public shareholding company with a mission to identify and invest in long-term projects contributing to Qatar’s growth and providing good shareholder value.