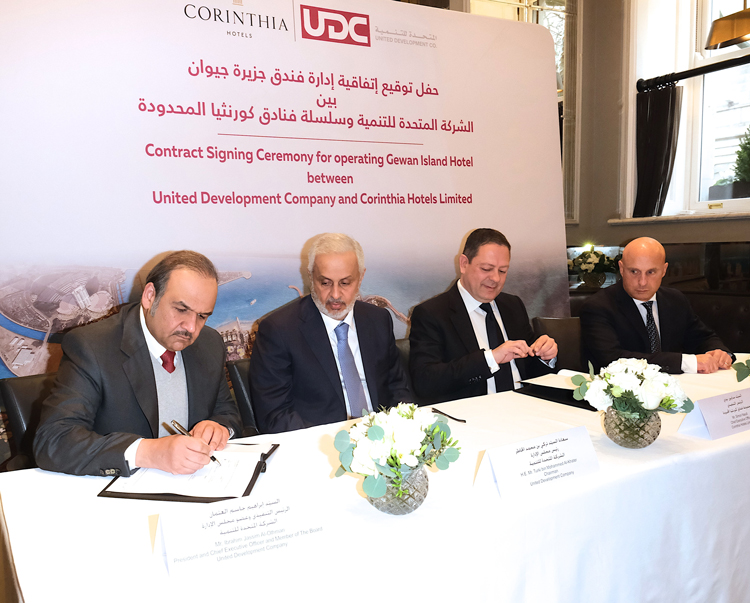 
Al-Othman: “The reputation of Corinthia Hotels in the hospitality sector is the main motive for choosing it to manage the new landmark hotel in Gewan Island”.


Under the agreement, Corinthia Hotels, a limited company incorporated under the laws of Malta, will manage and operate the first Corinthia Hotel in Doha which will be constructed by UDC.


Corinthia Doha is therefore poised to be a prominent structure in Gewan Island, overlooking the Island’s planned golf course and beach club.


Corinthia Doha will be established on an area of 13,000 sqm and will comprise 110 guestrooms, a banquet hall and outdoor patio with a 1000 people capacity, an all-day dining and specialty restaurants in addition to a luxurious spa facility.


Commenting on the agreement, UDC Chairman H.E. Mr. Turki bin Mohammed Al-Khater said: “This project is part of Gewan Island’s development plans and will ensure the Company’s sustainable growth and the creation of new opportunities and revenue sources over the long term.” 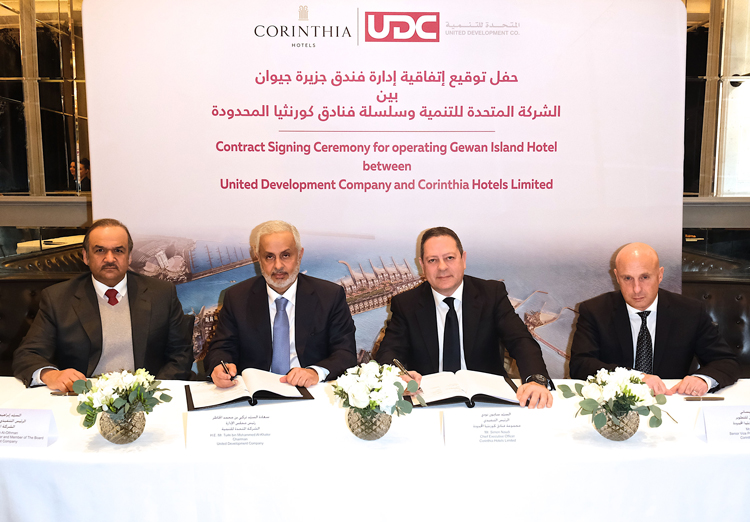 H.E. Mr. Al-Khater also highlighted that partnership with Corinthia Hotels which boasts an extensive experience in managing and operating hotels worldwide, falls in line with UDC’s development strategy to support Qatar’s real estate sector and underscores the importance of constructive partnerships that support the national economy and facilitate foreign investment.


For his part, UDC President and Chief Executive Officer and Member of The Board, Mr. Ibrahim Jassim Al-Othman, said that the leading reputation of Corinthia Hotels in the hospitality sector and its success in providing luxury hospitality services and facilities, and spreading its Mediterranean heritage culture internationally, are the main motives for choosing it to manage the new landmark hotel in Gewan Island.


Mr. Al-Othman also added: “Driven by UDC’s mission and vision, the agreement with Corinthia Hotels lays solid foundations for UDC's expansion plans through investments in vital sectors such as real estate and hospitality that aim to optimize and sustain good shareholder value. This is further evidenced by the growth witnessed in the tourism movement in Qatar as a result of recent various government incentives, which in turn bodes well for UDC’s planned developments in its flagship projects; The Pearl-Qatar and Gewan Island.” 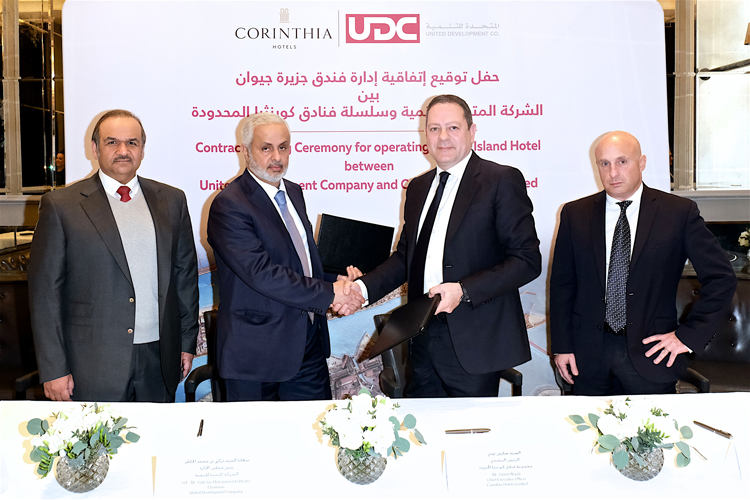 Further echoing their excitement to be operating in the Qatari market, Mr. Simon Naudi, CEO of Corinthia Hotels said: “We are delighted to have signed an agreement with UDC to manage a luxury hotel in Gewan Island which promises to be a magnificent location. The energy, vision and quality of resources assembled by UDC for this project will ensure that Corinthia Doha will be another landmark property that will enrich our portfolio and will equally add value to Doha’s hospitality offerings.”


Gewan Island, UDC’s latest real-estate project, is situated next to The Pearl-Qatar, spanning 400,000 sqm. Once completed, the Island will accommodate 3,500 residents and a similar number of daily visitors. Gewan Island will be home to 714 residential units, including 641 apartments, 20 standalone villas located along a placid beach in a quiet and gated seaside community, as well as 21 beachfront villas with private beach, 26 waterfront villas that are equipped with private pontoons for private boats and 6 island villas, in addition to 11,000 sqm of retail spaces and several multi-use buildings.

Gewan Island will feature in addition to Corinthia Hotel, a golf course with a beach club, an air conditioned ‘Crystal Walkway’ outdoor promenade, parks and green areas, which will play a major role in attracting various new brands to Doha. The Island will also be home to entertainment facilities, a sports club and a mosque.