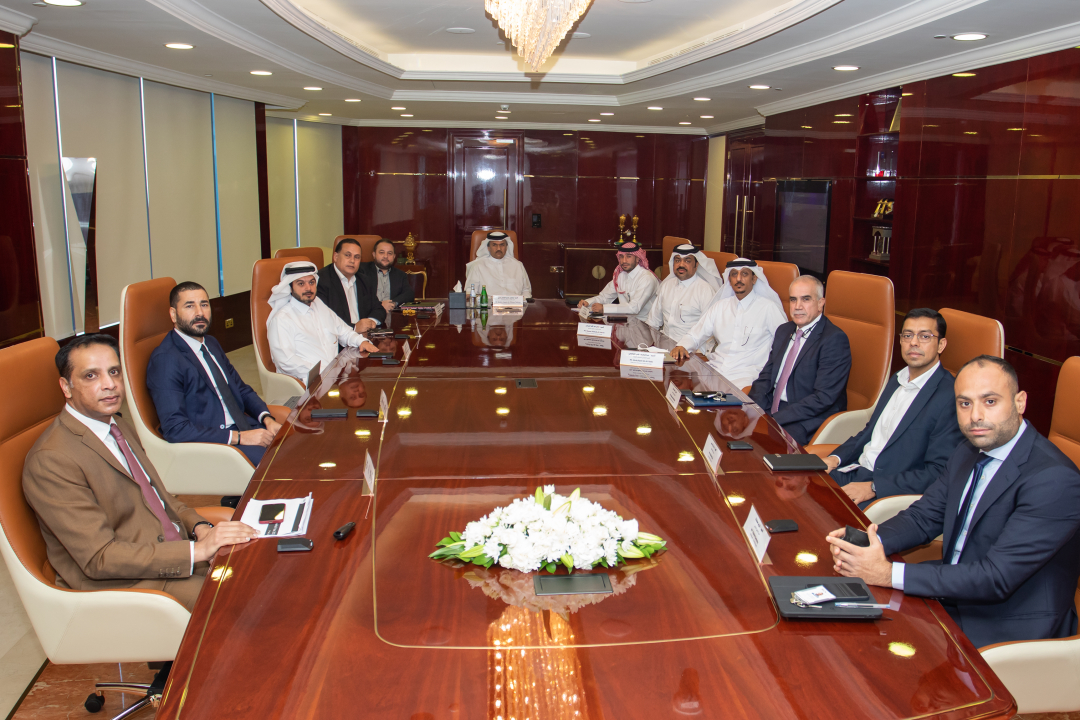 United Development Company (UDC), one of the leading Qatari public shareholding companies and the master developer of The Pearl and Gewan Islands, recently held its annual staff gathering online to recognize its employees' hard work and dedication.


UDC President, CEO and Member of The Board, Mr. Ibrahim Jassim Al-Othman, along with members of the Company’s Executive Management and employees participated in the electronic gathering which honored a total of 52 staff members who have completed five, ten and fifteen years of service at UDC in addition to two employees who were recognized as “Employee of the Year” and “Manager of the Year”, with Mr. Al-Othman thanking them for their achievements and wishing them continued success at UDC.


Addressing employees, Mr. Al-Othman presented the Company’s achievements and financial performance in 2021, while highlighting strategic objectives set for 2022 and the Company’s business plan. He added that UDC’s achievements over the past year reflected the Company's successful progress and efforts to deliver on its commitments to create fully integrated developments and lifestyles that are community centric.


Mr. Al-Othman praised employees for their contribution towards the growth and progress of the Company, while reaffirming that UDC remains a prestigious workplace with a corporate culture that encourages diversity, knowledge transfer and best practice.


Mr. Al-Othman added: “At UDC, we believe human capital represents a pillar of our development strategy. Long service awards are just one of the many incentives we have adopted as part of a strategy to appreciate our experienced employees”.


A documentary was broadcasted to highlight the Company’s accomplishments in 2021, which marked another successful year for UDC with the completion of outstanding new projects at The Pearl Island, most notably The Pearl Commercial Showrooms, Al Mutahidah Towers, Giardino Gardens Compound, Giardino Mall and Floresta Galleria in addition to the significant progress of 52% in the development of Gewan Island. Concurrently, United School International has reached the final phase prior to being handed over to its operator, while construction works of Corinthia Yacht Club have commenced.


Additionally, in 2021, UDC has announced the signing of a shareholder agreement with Ruzgar Healthcare Holding to establish and operate The Pearl International Hospital in Medina Centrale which will span 11,000 sqm and host all medical specialties with state-of-the-art equipment and facilities, superior medical services, and skilled professionals to provide clinical excellence and patient-centered care. The prestigious general hospital is set to open in the fourth quarter of 2022 and will contribute to UDC’s aim of making The Pearl Island an all-inclusive development.


2021 also featured a myriad of new community initiatives, services and enhancement works, which contributed to UDC obtaining five ISO certificates that reflect the high level of public services provided at The Pearl Island, and which give an incentive for continuous improvement of customer and visitor experience. UDC also won the International Safety Award 2021 and eleven awards as part of the Arabian Property Awards 2021, highlighting the excellence of the Company's projects at the regional level as well as the Company's commitment to the highest standards of quality and safety.


This annual staff gathering aims to establish communication channels and instill a spirit of teamwork between the management team and employees. This, in turn, mirrors UDC's belief in the significance of human capital towards achieving its corporate mission.