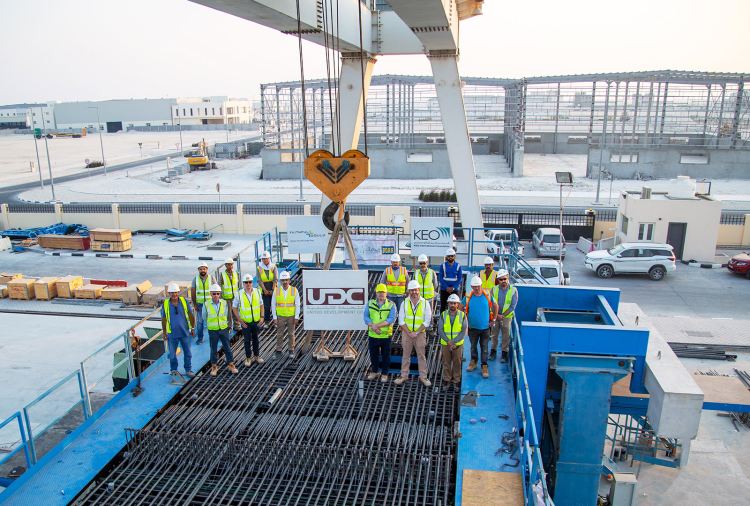 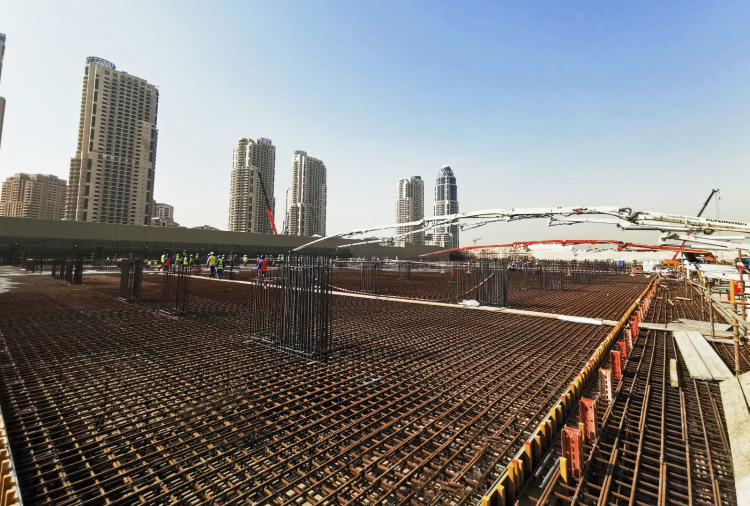 Al-Othman: “We have come a significant way in the development of Gewan Island by applying a multi-faceted action plan while maintaining quality, safety and environmental standards”


United Development Company (UDC), a leading Qatari public shareholding company and the master developer of The Pearl-Qatar and Gewan Island, is moving steadily with the development of its latest project – Gewan Island – while adhering to safety measures, despite the pandemic repercussions on public and business life. The Island is poised to be a remarkable addition to UDC’s portfolio of breakthrough iconic developments which also includes The Pearl-Qatar.


In this context, Mr. Ibrahim Jassim Al-Othman, UDC President, CEO and Member of The Board said: “We have come a significant way in the development of Gewan Island and managed the pandemic’s impact by applying a multi-faceted action plan while maintaining quality, safety and environmental standards, which are key characteristics of all UDC projects. We will continue with our efforts to deliver this pioneering project which will open up new horizons for the development of modern cities in the State of Qatar by creating residential, commercial and entertainment products and services that seek to enhance the quality of life.”


As a major development milestone, UDC has recently launched construction works on Crystal Residence’s 15 buildings with the start of blinding and raft foundation works at the common basement level. The first major concrete pour was successfully completed last August boasting 5000 cubic meters of concrete, which constitutes one of the largest concrete pouring operations in the State of Qatar taking 33 hours and 131 manpower to complete. This is considered a major achievement given the magnitude of the operation and the challenges faced amid the limitations imposed by the pandemic. Another two similar major slab concrete pours totaling 9,000 cubic meters have been carried out this month, while another massive pour operation of 8,800 cubic meters has begun in the past few days, marking the completion of more than a third of the total land area, with 13 more pouring operations planned over the coming months until January next year.


Crystal Residence buildings sit at the heart of Gewan Island within a vibrant commercial and residential district, with unobstructed sea views from one side and the outdoor climatized Crystal Walkway, which is the Island’s lively retail hub, from the other. Once completed in 2022, they will have 586 apartment units ranging from one to four bedrooms, 101 public retail, entertainment and dining outlets, comprehensive leisure facilities for residents, and 1,456 underground car parks.


UDC has also begun the construction of Gewan Island’s entrance cable-stayed bridge, which will connect the Island to The Pearl-Qatar and the main highway. The 250-metre long bridge, rests on two pylons 43 meters above The Pearl-Qatar’s Boulevard, and will feature motifs, decorative lighting and rose gold finishes, which complement Gewan Island’s character. Once complete, the bridge promises to be a landmark and an architectural and engineering masterpiece.


Construction works of the pylons have already started earlier this year and the foundations are already completed. Works on the bridge towers have also begun in addition to the first pre-casting operation of the first concrete segment forming the bridge’s deck, which was performed last week, out of a total 42 segments. Bridge works are expected to continue further into next year.


Simultaneously, reclamation works at the Island’s entrance are done, which has allowed other works to be mobilized in adjacent areas mainly the Golf Course, Hotel and Beach Club where primary infrastructure works have already started. While these have been signed off to be operated by Corinthia Hotels, UDC has yet to award hotel and beach club construction works in the second quarter of 2021.


The ‘Corinthia Gewan Island Qatar’ Hotel will be an architectural jewel combining urban luxury and neo classical design. It is envisioned to become a unique landmark on Gewan Island and a benchmark of high-end hospitality in Doha. It will also include many leisure activities and amenities such as a luxurious Beach Club with stunning chalets and exquisite restaurants, Gewan Golf Club stretching over six hectares of parkland, and a kids club.


Shaping the borders of Gewan Island, is a set of 26 waterfront villas with private pontoons and 21 beachfront villas with private beaches in addition to six private island mansions at Gewan’s crest which will have an area of 4,500 sqm to 9,500 sqm and can accommodate ultra-luxurious mansions and a private yacht harbor, in addition to being accessible via a private driveway.


Marine works including reclamation, shaping of the seabed, forming of private beaches, creating a new navigational channel for boats and placing of rock groins to separate the villas, have already been finalized. Meanwhile, to ensure the safety of mariners, tower lights, blinkers and temporary marker buoys have been installed, which will be replaced by 25 navigational buoys in accordance with the guidelines of the International Association of Marine Aids to Navigation and Lighthouse Authorities (IALA).


While construction works continue in full swing at Gewan Island, it is worth mentioning that development activities have reached the milestone of over one million site working hours without any Loss Time Injuries (LTI) which proves again UDC’s unwavering commitment to health and safety of all site workers and contractors.


UDC also attaches great importance to the sustainability of its projects and operation. To this end, batching plant facilities have been erected for the supply of concrete on the project by United Readymix (URM), a UDC joint venture company, which will reduce delivery time and construction traffic and hence the impact, to the existing road networks adjacent to Gewan Island and The Pearl-Qatar.


To reduce the waste of the project during the construction stage, a temporary recycling plant is also being installed to recycle waste concrete and water generated from construction works for reuse in other works.


Once completed, Gewan Island will enrich the urban landscape of the West Bay area, as it is located adjacent to The Pearl-Qatar spanning 400,000 sqm and accommodating 3,500 residents and a similar number of visitors daily. The Island will be home to 657 residential units, including 586 apartments, 21 beachfront villas with private beach, 26 waterfront villas that are equipped with private pontoons for private boats, six independent island mansions, 11,000 sqm of retail spaces and 15 multi-use buildings. It will also feature a golf course with the five-star ‘Corinthia Gewan Island Qatar’ hotel and connected beach club, an air conditioned outdoor ‘Crystal Walkway’ and seaside ‘Promenade’, parks and green areas in addition to various entertainment facilities, a clubhouse and a mosque.