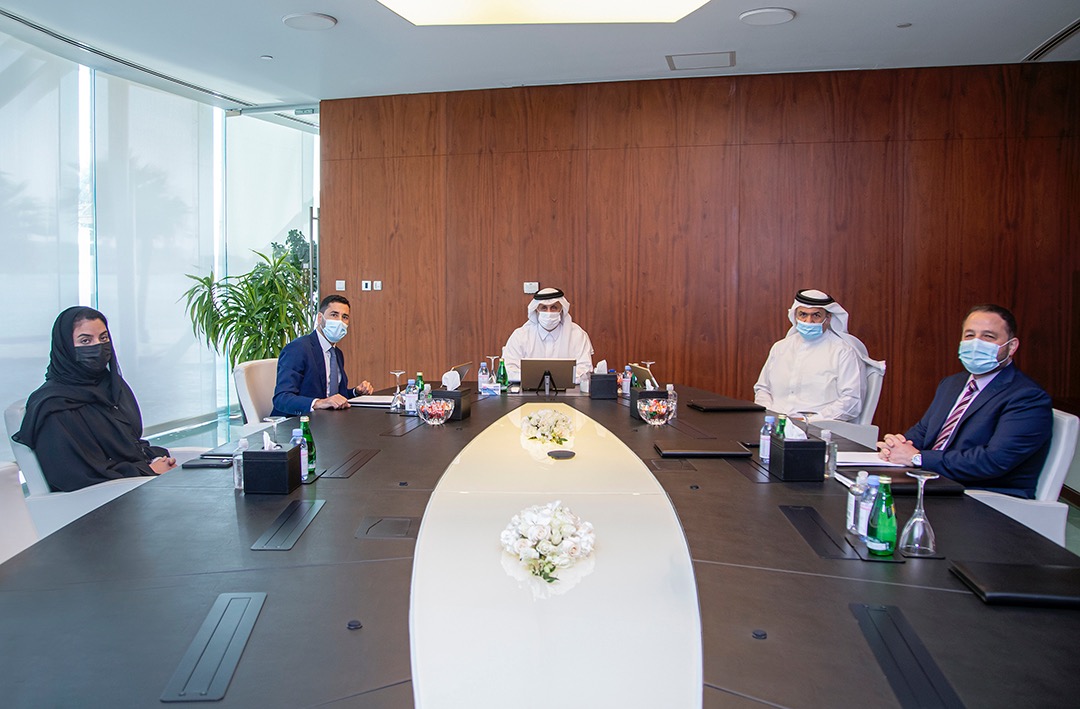 Al-Khater: “The proposed dividends are in line with the value of real estate projects that UDC will develop and the cash outflow that will be spent in 2021”

Al-Othman: “2020 was an exceptional year which demonstrated UDC’s ability to maintain development activities without significant change in the development completion dates”


Additionally, UDC’s financial statements for the year ending December 31, 2020 were approved by the Assembly along with the appointment of KPMG as the Company's external auditor for 2021.


H.E. Mr. Turki bin Mohammed Al-Khater said: “The Company has achieved a net profit of QR 265 million and total revenues of QR 1.176 billion. The net profit attributable to equity shareholders stood at QR 226 million with basic earnings per share of QR 0.064. There is no doubt that UDC operations were particularly affected by the outbreak of the coronavirus, and so were the profits achieved during the year 2020, which witnessed a significant decrease from the year 2019”.


H.E. Mr. Al-Khater added: “Despite the challenging situation, UDC was able to maintain development activities throughout the year where we succeeded in completing the planned development phases at The Pearl-Qatar and Gewan Island”.


H.E. Mr. Al-Khater continued by saying: “Development activities at The Pearl-Qatar and Gewan Island are aligned with UDC’s business plan, which allocates QR 5.5 billion for investment in development projects. Based on this business plan, it is estimated in the year 2021 that capital contracts will be awarded for development activities in the equivalent of QR 585 million, while capital expenditure payments for new and existing projects under development will be equivalent to QR 2.3 billion”.


H.E. Mr. Al-Khater highlighted that as part of UDC’s constant endeavor to enhance the efficiency employed in managing its financial resources, it has settled in 2020, bank loans installments amounting to approximately QR 200 million, which led to reducing the Company’s financing cost by 25% compared to the year 2019.


H.E. Mr. Al-Khater further stated: “The proposed dividends for this year are therefore in line with the value of real estate projects that the Company is developing and the cash outflow that will be spent on these projects during the year 2021, in accordance to the Company’s five-year business plan”.


For his part, Mr. Ibrahim Jassim Al-Othman, UDC President and Chief Executive Officer and Member of The Board, described 2020 as an exceptional year, which demonstrated UDC’s ability to adhere to its business plan and maintain development activities according to the specified timeline without significant change in the development completion dates, which is an achievement in its own right.


Mr. Al-Othman indicated that: “The stability in occupancy rates at The Pearl-Qatar contributed to achieving recurring revenues from residential and retail leasing, in addition to the sale of residential units and plots in 2020”.


In this context, retail leasing witnessed an increase of 125% in new leased retail space in 2020 compared to 2019 and the opening of 28 new retail brands at The Pearl-Qatar, across the three main retail hubs in Porto Arabia, Medina Centrale and Qanat Quartier.


According to Mr. Al-Othman: “Achieving these figures in 2020, which presented many challenges, is yet another indication that UDC is considered a trusted developer of premium real estate investment products”.


On the development side, UDC continued with the development of several projects at The Pearl-Qatar and Gewan Island where UDC has awarded the contracts for Building & Landscape as well as Infrastructure packages. Simultaneously, UDC completed marine works and made headway with infrastructure works as well as Gewan Island’s main entrance bridge by completing main foundation works and installing support pylons. Significant progress was also achieved in Crystal Residence which witnessed the completion of main stages within the common basement, with some of the buildings already reaching the third floor of construction.


In parallel, UDC moved forward steadily with development projects across The Pearl-Qatar, mainly Al Mutahidah Towers in Viva Bahriya, The Pearl-Qatar Commercial Showrooms in Abraj Quartier, three gated villa compounds and Floresta Galleria mall in Floresta Gardens in addition to a gated villa compound, Giardino Mall and United School International in Giardino Village. Once completed, these projects will deliver a total of 692 residential units and more than 25,000 sqm of leasable commercial space which will house prominent brands.


In 2020, UDC also announced new projects and signed technical services and management and operation agreements with Corinthia Hotels, for ‘Corinthia Gewan Island Qatar’ hotel, and its connected golf course and beach club in Gewan Island, in addition to the new Yacht Club at The Pearl-Qatar, which opens up broad prospects for expansion in the promising hospitality sector.


Mr. Al-Othman concluded by saying: “The key development milestones achieved in 2020 will enable UDC to pursue its growth journey, and to sustain the delivery of sustainable and rewarding projects to residents, investors, businesses and shareholders alike”.

UDC Inaugurates New ‘Point of Use’ Facilities at The Pearl Island